The candy-striped leafhopper (Graphocephala coccinea) is a small insect of the Order Hemiptera (True Bugs) with a conical shaped head that features striking red and blue horizontal bands across its forewings. Another distinguishing feature of this species, and of leafhoppers in general, is the hind legs which are elongated and have movable spines lining the tibia. These elongated hind legs allow the candy-striped leafhopper to jump great distances in search of plants to feed on or to escape predators.

The nymphs, or juveniles, for this species are similar to the adult in body shape, eyes, and leg configuration. One of the major differences in appearance between the nymphs and adult stage is coloration, as nymphs tend to be pale and translucent. Some other differences are size (nymphs are smaller than adults) and wing development, as only adult leafhoppers have fully developed wings.

Candy-striped leafhoppers feed on plant sap from the leaves of fruit bushes and ornamental plants. Examples of plants they feed on include blackberry and raspberry bushes, rhododendrons, and roses. These bugs have specially adapted mouthparts to pierce into the leaves of their host plant, and suck up the sap from inside. Leafhoppers will often suck up more sap than they need, which they expel forcefully from their abdomen with an audible pop!

They can be found in meadows, woodlands, and gardens from late spring to mid fall. Adult leafhoppers lay their eggs inside the stems and leaves, which emerge and feed on the new leaves in the spring. They can be found all throughout Minnesota.

Leafhoppers can be damaging to plants by discoloring leaves, disrupting water and sugar transport, stunting leaf growth, and spreading disease. This species in particular is one of several leafhopper species that are vectors of a bacterium that causes a leaf scorch disease called “Pierce’s disease”. The disease has been known to affect oak, elm, sycamore, grape vines, and other woody ornamental plants. The sweet secretions made by the bugs can attract insects such as wasps and flies. However, the leafhoppers are preyed upon by birds, spiders, and other predatory insects. Maintaining spiders, and predatory insects such as ladybugs, or lacewings in your garden is an effective natural way of controlling leafhoppers.

The genus name Graphocephala means “written-on-head” which refers to the black markings that are found on the head of many of the species in the genus. Coccinea means “colored or dyed scarlet”, in reference to the candy red stripes that this striking bug brandishes. 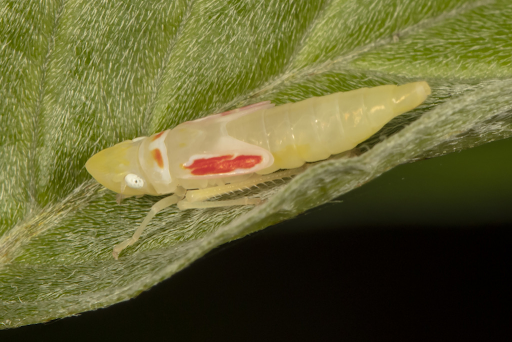 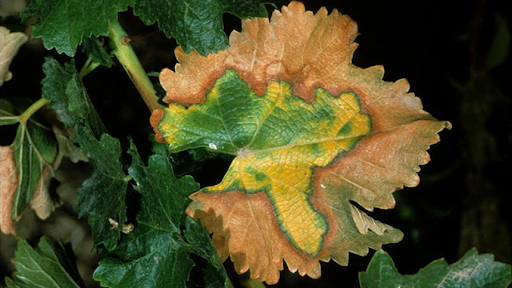