The mourning cloak (Nymphalis antiopa) is a large, unique butterfly that’s easily distinguishable from other butterflies in Minnesota. They have a wingspan up to four inches that, when opened, are a velvety dark red/brown with yellow edges. Bright blue spots line the black margin between the red/brown and yellow. When closed, the wings are mottled grey with similar yellow edges.

Adults feed on tree sap, rotting fruit, dung, mud, and only occasionally on flower nectar. They can often be found at sapsucker (yellow-bellied sapsucker in Minnesota) holes in the spring. These parallel rows of small holes ooze sap and will also attract flies, bees, and other butterflies.

Caterpillars feed on a variety of leaves, including willow, elm, poplar, and others. Caterpillars live in a communal web, and can defoliate entire branches.

Where does it get its name?

The mourning cloak apparently gets its name from its resemblance to an archaic, traditional cloak worn when someone was in mourning.

Adults can be seen flying very early in the spring, often while there’s still snow on the ground! They hibernate through the winter as adults, hidden under bark and other small crevices (called a hibernaculum), and emerge in March or April to mate.

Mourning cloaks are believed to be the longest-lived butterfly species in North America, with some living nearly up to a year as adults!

Mourning cloaks seem to have only four legs. They’re members of the brush-footed butterflies (Nymphalidae), which have a greatly reduced first pair of legs, which are often hairy and "brush-like", hence the name. 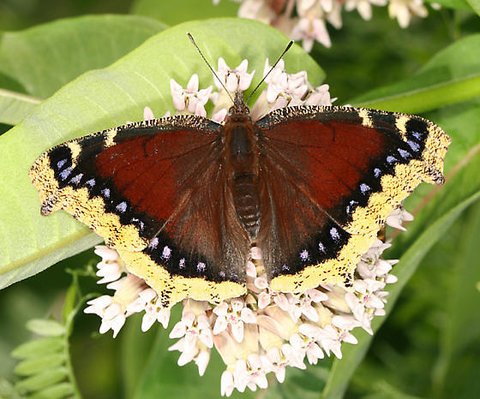 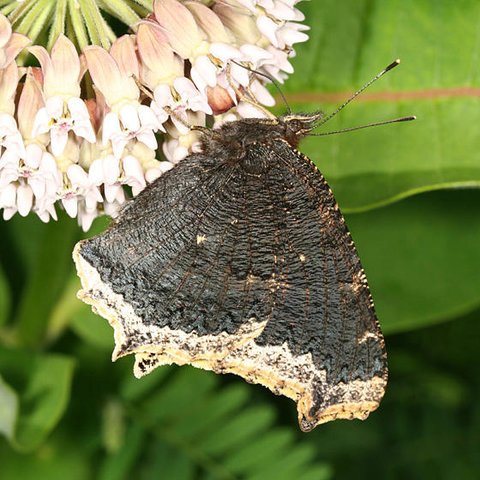 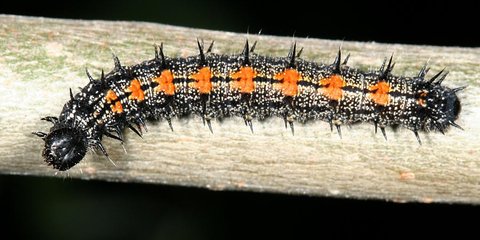 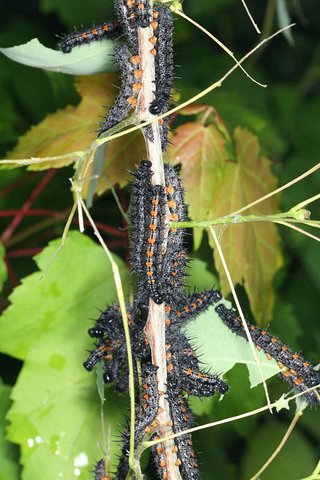